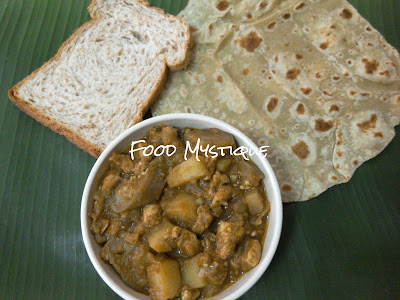 Today's post is a recipe for Chicken and Mixed Vegetable Curry. This is a continuation of brinjal recipes that I have been sharing in my last two posts. Brinjal is also referred to as aubergine or eggplant and as I have mentioned before it has numerous possible health benefits when taken regularly in moderation.

The brinjal in this recipe is cooked together with green chillies, tomatoes and potatoes until slightly mushy to form a thick spicy base for the chicken. Cooked this way and it is great to wrap the meat and vegetables with bread, chapati and naan.  Chapati is Indian unleavened flatbread and naan is Indian leavened flatbread.

The level of spicy hotness is mild but for those who are unable to even stomach that, do reduce or omit the chilli powder.  As for those who love to sweat it out on a higher level or 'Oomph' as Malaysians describe this experience, increase a bit more of the chilli powder. Prepare a glass of cold water though. On second thoughts, warm water? I have tried both when I felt 'fire' in my mouth. Personally I find cold water only gives temporary relief whereas warm water is more effective. Or kill two birds with one stone by having some ice cream or chocolate to indulge and enjoy as dessert even as the cool creaminess eases the spicy hotness. 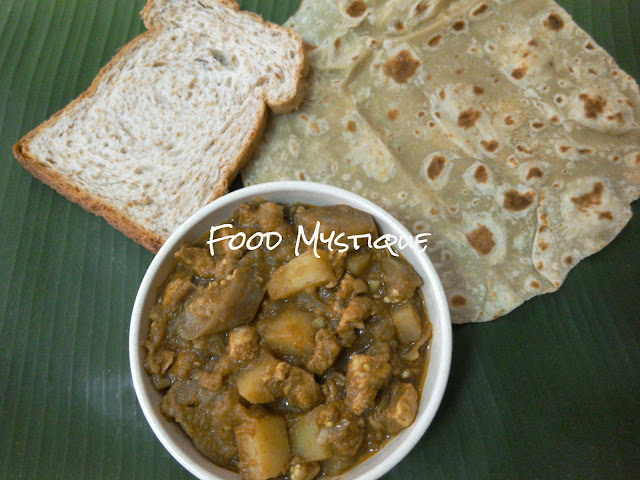 How to cook
** If inconvenient to DIY the mixed spices, an alternative is to get commercially prepared all in one pack for meat curry. 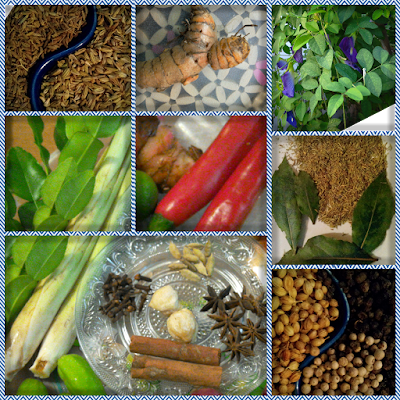